Buzzing around some previous entries I find some loose ends. One has to do with the work weekend in May. Ally and Noah are coming to join us in North Carolina! That means I won’t be driving to Cincinnati which simplifies things. I’m still waiting to hear from others attending whether it’s better for me to fly to Charlotte or Atlanta.

In other travel news, I am now planning to attend the 100th birthday of my cousin Leni Hangauer in Germany in August. Mary Beth and I will be going together. Besides the party, which includes seeing all the German relatives, the only thing I really want to do is visit the grave of Franz. We are planning on two weeks so there will be more.

Three posts in one day, wow! Well this isn’t really me, except for this intro. Jeremy called this afternoon and we had a nice Skype session. Rosalie was in high spirits, twirling around half undressed after a chocolate treat. At one point he mentioned the pictures in my first post of today and expanded on the North Carolina story. It struck me that the date was within the time frame of Zach’s diaries. After we finished our conversation, I looked up the September 2012 file and found this description of their holiday: 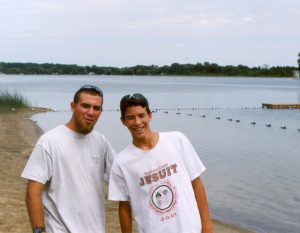