Hi, I’m Chris Wood and this is my blog. Welcome! I started this in June 2016. I had thought about writing a blog for a long time but never got one started. In November 2015 my younger son Zach was killed. For five years before his death he had kept a journal that ran to about 75,000 words a year. Zach had mentioned it to me but I had never read any of it.

After his death I had access to all his writing and was humbled not only by the sheer magnitude but also the simple style and direct honesty he used. I don’t think he ever intended it to be read by anyone else. I don’t even think he intended to ever go back and read it again himself. He called it a ‘brain dump.’

My goal with this blog is not just to tell stories about Zach. It’s stories about Jeremy and Sarah and Ashley and Rosalie and lots of other people that are part of my life as well as some of the fevered thoughts running around my brain. That’s pretty much what I had envisioned all those years, but Zach is now my inspiration. His work ethic among his friends in Baton Rouge was legendary. So, my inspiration to write.

On the left you will see what’s called a ‘tag cloud.’ Each word or phrase is a link to posts I have made with those subjects. The larger the word or phrase, the more often I have used it. Poke around in there for what interests you. On the right side is a listing of my most recent posts. Down at the bottom there is a search window and a calendar that shows when I’ve posted. There are also links to my posts by month. Lots of ways to look around!

I welcome any comments that are made in a positive spirit. That is, you can be critical, but be nice about it. I have to approve your first comment before it will be published but after that, they’ll go right in.

For an introduction to Zach, see the page ‘Zach Basics.’ To know more about me, read on! 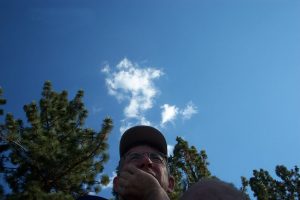 I hate to write about how long it’s been since I’ve written, but that’s what coming out of my head right now. Life has been moving pretty fast the last […]

Saturday was the last night of MTT’s fall time with the Symphony. He conducted the season opening gala, the Metallica concerts, a Mahler 6th, a new John Adams piece, and […]

I’ll bet if you looked up ‘anniversary’ in the tag cloud, all you’d find would be rather gloomy posts. Finally there was a happy anniversary for me. Sepi and I […]

I’ve talked to Jeremy and Sarah, too, about my job travails. Sarah has been conventionally supportive. The last week of the Symphony season in July she was in the orchestra […]

It’s been a hectic month. Almost six weeks, in fact, since I was offered the Symphony stage manager job. Incredibly, I officially started less than a week later. Partly because […]

I visited Zach’s spot Wednesday. It doesn’t sound right to say it but I don’t know what else to call it. It’s where his earthly remains are. It’s not his […]

It’s really a drag that this is more on my mind than my visit with Jeremy’s family today. The Symphony hired me for the job of Stage Manager over an […]

Sepi posted this on Facebook. Now I’m getting around to posting here. I have a new job. It’s a strange thing for a stagehand to say, because we typically have […]

Yesterday was my first Fourth of July in Brisbane. It’s a little misleading to say that since I was at work for the early part of the day, then down […]

Ralph is here today working on the stairs again. He took last week off to do another job, then came back Monday with an assistant to sand the finish down […]

Fecund. That’s the word that kept coming into my mind earlier this week. Up the hill behind our house is an area that Sepi had planted with fruit trees and […]

I did an interview today. It was weird. Up until a couple of months ago, I thought I was on the glide path to retirement, putting in time at Davies […]

Last fall, on the first day after Sepi’s tenants moved out of her house, I took out all the carpeting, including the stairs. Over the next several weeks, I put […]

I had an idea earlier today for a post and time this afternoon to write it, but meanwhile the news came of my cousin Patty’s death. I call her Patty […]