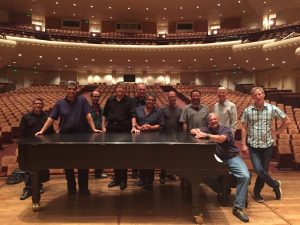 This past week I was going to write a post on numbers: 3, for years since Zach died. 53, for speed of the truck that killed him. I still want to write to the DA and try to get the case reopened. Every time I stand on a sidewalk and watch traffic speeding by I think of how fast they are going. Sometimes I estimate they are going about 50 and I think how it would feel to be slammed against their windshield.

53 is pretty fucking fast for a city street and it’s no wonder Zach was killed instantly. When I went back to Baton Rouge last January, very few cars were going that fast along that little stretch. I think both drivers were driving recklessly and should be cited appropriately.

But I haven’t written that yet. Sepi reminded me that I had told her last summer I was going to let it go. I don’t remember that. I just remember that i want to try one more time.

Meanwhile, Dad was out last Wednesday with Mom and fell when she wasn’t looking. 911 was called and they spent the afternoon in the ER. Blood tests and X-rays showed no serious damage to his bones but revealed a mass in his lung. The doctor say she’s 99% sure it is cancer. Te be sure involves a biopsy and the consensus is to not do that.

Coincidentally, Tim came to visit Thursday so we were able to get 4 of the 6 of us in the same room as Mom and Dad to discuss what to do. Dad didn’t say much of anything. We’re not sure how much he understands but he really doesn’t want to spend another afternoon like Wednesday.

The doctor talked of hospice which evidently can be triggered by a six month time frame. Now we’re all coming to terms with the likelihood that, instead of wasting slowly away from Alzheimers, Dad will be dead much sooner.

Everyone was pretty calm Friday when were all discussing this but I feel sure that we are all in some kind of denial.