Ralph is here today working on the stairs again. He took last week off to do another job, then came back Monday with an assistant to sand the finish down and start over. He’s been here every day this week. Sepi has been extremely patient, IMO. ‘He’s such a nice guy!,’ she says.

I said sure he’s a nice guy but he’s been trying for six weeks to finish the job correctly. It was originally supposed to be 4 or 5 days. Maybe he doesn’t really know what he’s doing. I was in favor of calling it good enough a couple of weeks ago and being resigned to hiring someone else to finish it properly but Sepi held firm.

He’s doing it for a fixed fee so I shouldn’t complain. I just want to be able to go up and down my front stairs again!

Yesterday, he said that he would finish that day and then come back today for the final inspection. Then an hour or so later he said it was going to need another coat of varnish. OK, dude, whatever. 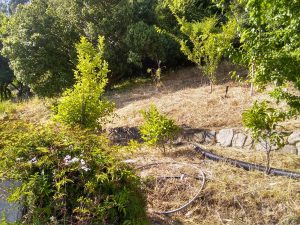 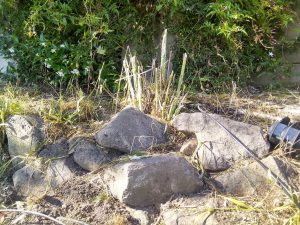 I did an interview today. It was weird. Up until a couple of months ago, I thought I was on the glide path to retirement, putting in time at Davies Hall as the relief house electrician. Decent pay, not too much responsibility, what’s not to like?

Then the news came that the Stage Manager for the Symphony resigned unexpectedly.

And a strange thing happened to me. I found that I was interested in that job. It was more hours and much more responsibility but the pay was higher than I had been getting and it had 6 weeks of paid vacation. And it would be working on stage with the orchestra, which I had really missed the past three years.

So, I dusted off my resume and sent it in and today was my first interview.

It was with people I have worked with a lot over the past 7+ years so there wasn’t much new to me. I got to talk some about my career trajectory with an emphasis on my supervisory experience. They asked me to tell them something about myself that they didn’t already know and it turned out that they hadn’t heard the story of Noah. You can read it here. It brought some tears to my eyes which probably isn’t too common in job interviews.  Noah is 10 now. Wow.