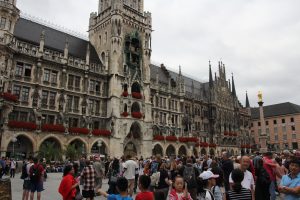 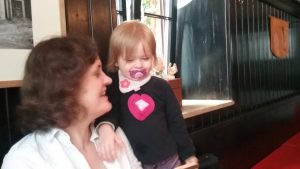 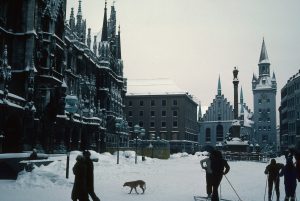 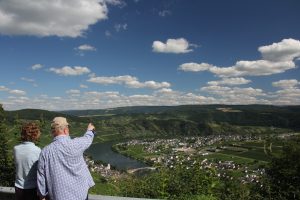 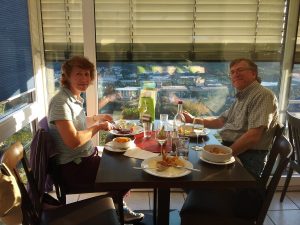 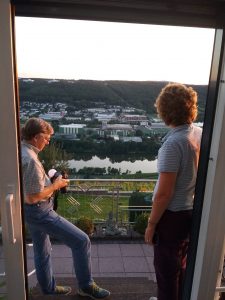 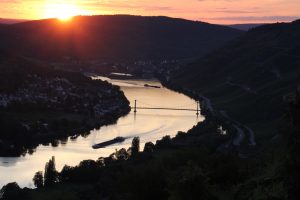 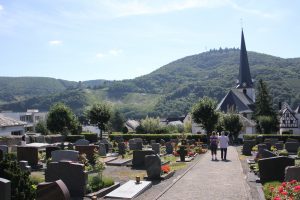 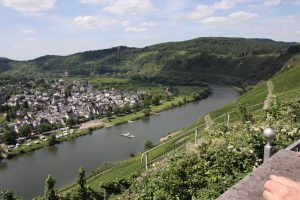 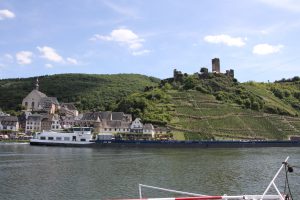 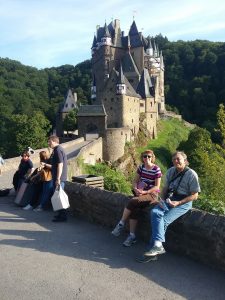 I’m starting to get serious about my upcoming trip to Germany. I talked to Mary yesterday and we agreed to talk tonight when we’re both able to concentrate better. (She was driving home and I was at Mom’s.)

Today I picked up a Michelin guide to Germany at the library and brought it home. I didn’t check the due date but it may be that I could just take it with me . . . Don’t lose it! There are lots of interesting things to do there. I was sort of blasé about it before but now that I’ve looked at the book, I’ve got lots of ideas.

Bernkastel and the Mosel River valley are no brainers. I always wanted to go back to Trier which is at the west end of the valley. Leni’s party is near Bonn so Beethoven’s birthplace is right there. The Rhine River valley south from Bonn is beautiful. The cathedral at Cologne is a must. There’s a wonderful Roman-German Museum right nest to the dom. I’d love to be able to go back to Aachen and see the throne of Karl der Grosse again. Wilfried and Elisabeth are near Baden Baden so that is a must.

Mary wants to see Neuschwanstein so that is near Munich where Andreas and Luisa live. I’d love to be able to show Mary the upper Rhine valley from Freiburg to Lake Constance.

Mary wants to go fast on the autobahn but I’m not sure how or where it would work to do this. We’ll consult with Wilfried. He and Elisabeth will be picking us up in Frankfurt and it’s a 2 hour drive to Bonn. Maybe he’ll let Mary drive for a bit! I believe they are joining us for the Sistergold concert which is 3 hours from their home. That will likely be a drive too.

Lots to think about!