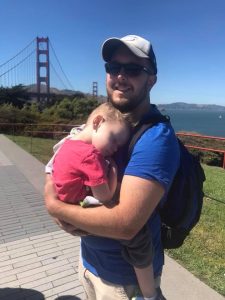 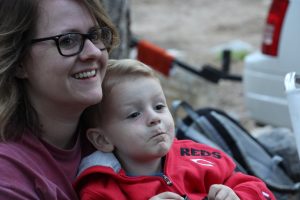 Fathers Day is a good time to reflect not just on the amazing dads who’ve been a part of my life, but on a guy who rose to an extraordinary challenge — loving and raising my nephew as if Noah was his own — and has been more supportive, open and friendly in the aftermath of Zach’s horrible tragedy than anyone in our extended family had a right to expect. Hope you enjoyed your day, Daddy Dave Richer. You’re an awesome dude and Noah and Myles are blessed to have you as a dad.

As a father, I couldn’t be prouder to have raised a son who can think this way.

I want to add my own story about Dave.

In the aftermath of the tragedy Saturday night in Baton Rouge, by Tuesday the whole family was gathered down there. Wednesday we discovered the existence of Noah, and by Wednesday night Ashley had established contact with Ally. Zach’s friends and colleagues at the school arranged to have a memorial there on the Friday afternoon. As someone with graphics experience, I was called on to help with the program. I was in a daze, though.

Sometime Friday – I think – Jeremy told me we were all getting on an airplane Saturday morning to fly to Michigan for another celebration. I had no cold weather gear; I hadn’t spoken to anyone on that side of the family since our divorce four years earlier. I didn’t want to go, but I couldn’t say no. They all loved Zach too.

So we flew to Detroit, where it was snowing. Everyone there was welcoming and sympathetic to me but I was still in shock. At the celebration on Sunday, I couldn’t speak. As soon as I could I went to a corner and sat mostly by myself. Eventually I noticed that people were starting to leave and I remembered something Sarah had said to me. She had said Ally was bringing Noah to the celebration with her husband Dave. They were driving up from Cincinnati in the snow!

Sarah was walking by so I called to her, ‘Didn’t you tell me Ally and Dave were coming up with Noah?’