Really, it was a nice museum. Yesterday was the day all four of us would have together and going to the Museum of Flight at Boeing Field in Seattle was the chosen activity. When we walked in to the main hall, we were greeted by the sight of dozens of aircraft, some on the floor and some hanging from the ceiling. An SR-71 Blackbird dominated the whole scene.

I thought it looked great, but at that moment realized we were there with a 4 year old. OK, almost 5 but still very young. But at that moment, we saw right in front of us a nice young man inviting us to the kid’s project table. They were going to demonstrate how to build a catapult in just a couple of minutes. Rosalie listened attentively to the presentation using a tablet and stood patiently in line to get her materials but was less interested in the details of actually building it. It was actually a simple little trebuchet built with popsicle sticks and rubber bands. Given the task of decorating the sticks, however, Rosalie came to life.

After it was built, she stood in line for some puff balls to launch and chose two small purple ones. Once explained the technique of launching, she took over and entertained us by launching her purple puff balls for us to try to catch. 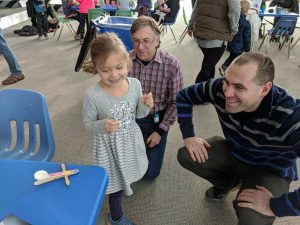 We walked around the hall. She sat in the SR-71 cockpit with Ashley: 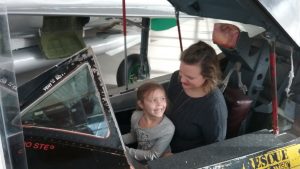 She found the kids play area and tested the wind tunnel machine: 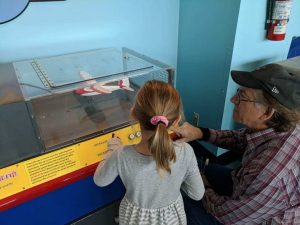 Checked out the view from inside a light plane cockpit: 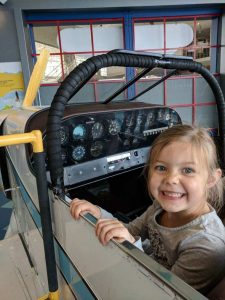 Tried the hurricane simulator with Mom: 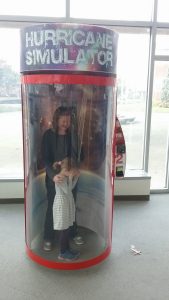 Then we had lunch. After lunch was the Hall of Heroes, which is a review of the two World Wars with an emphasis on American planes and flyers. Then we walked across the skybridge to the pavilion which contained, among other things, an Air Force One, Boeing 727, 737, 747, 787, a Concorde, a B-29, a B-17, a B-47 and some others I don’t remember. In other words, lots of planes. We were able to go through most of the commercial airliners and AF One. 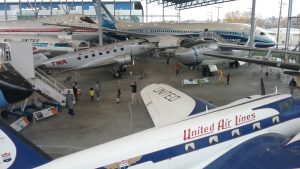 About 15 minutes into the ride home, this was the scene in the back seat. 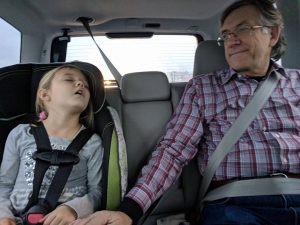 Back at home she perked up. Momma made some chocolate chip cookies for an early birthday party with Gramps. I had found a nice jigsaw puzzle at the Museum store for her so we set to work on that after singing happy birthday.

Hmmm, can’t find the picture. Maybe tomorrow. I got up this morning and drove across the state to Spokane. I am now safely ensconced in a bedroom at Peter and Nanci’s. We took a nice drive this afternoon out Palouse Highway. The fields, some of which were newly planted with winter wheat, were lit up nicely by the setting sun. About half the sky was clear, while the other half was turning all kinds of colors.